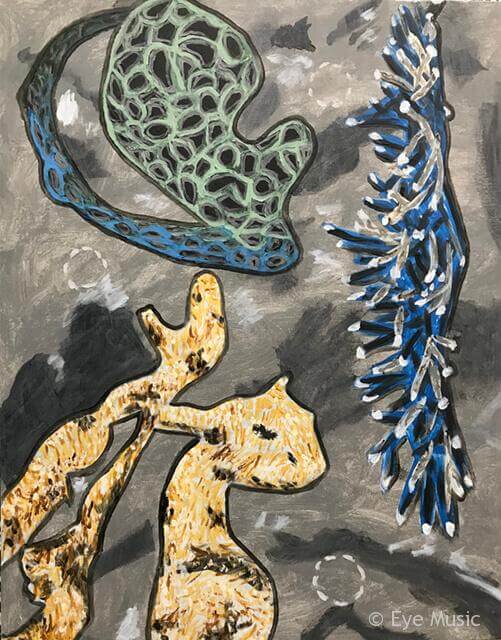 By Kenneth Anbender | Uncategorized | No Comments

An interview and photo piece was just printed on VoyageMIA under Thought Provokers.

It includes questions about my art and approach as well as several collages and paintings.

You can read it here: http://voyagemia.com/interview/art-life-ken-anbender/ 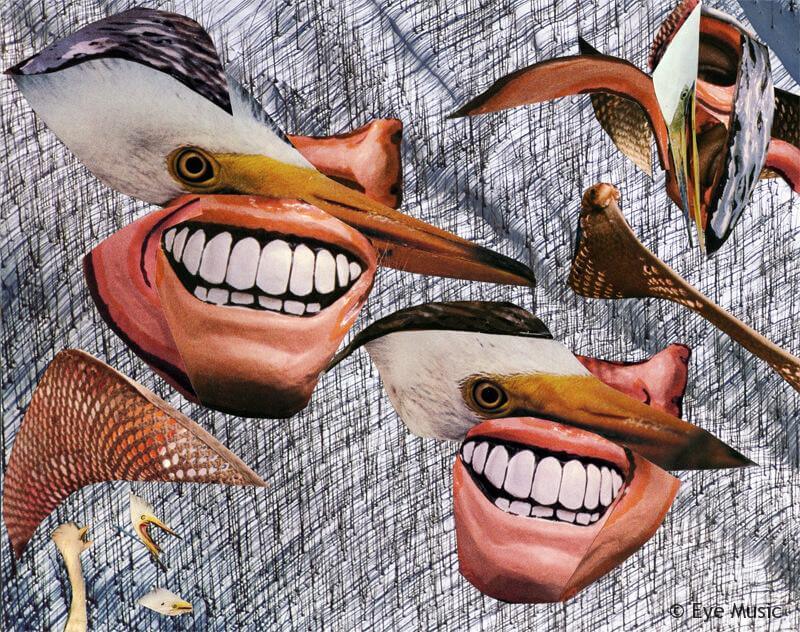 From the Matrix I

A new set of downloads from the unconscious. Fishing is good.

Recently a series began called “From the Matrix” (see Surrealist Gallery for this and others).

Given the idea that what we see as real arrives from a matrix out of which it is created, it occurred to me that looking into the moment that it first arises could be of interest.

It further occurred to me that there must be things that started to arise and were “early prototypes that just didn’t make it.” They didn’t fit with the rest of what arose. They sank back into the matrix.

However, those short-lived species of existence could be quite interesting: noses and beaks, birds and people, smiles and beaks, different configurations of eyes to beaks.

It’s also easy for people to respond to smiles no matter where they are embedded, or whether the rest of the expected body comes along with them.

I like the sense of “arising” that is the feel of this collage. And the uncertainty about “for how long”.

There are several prototypes here. Some of which did “make it”. 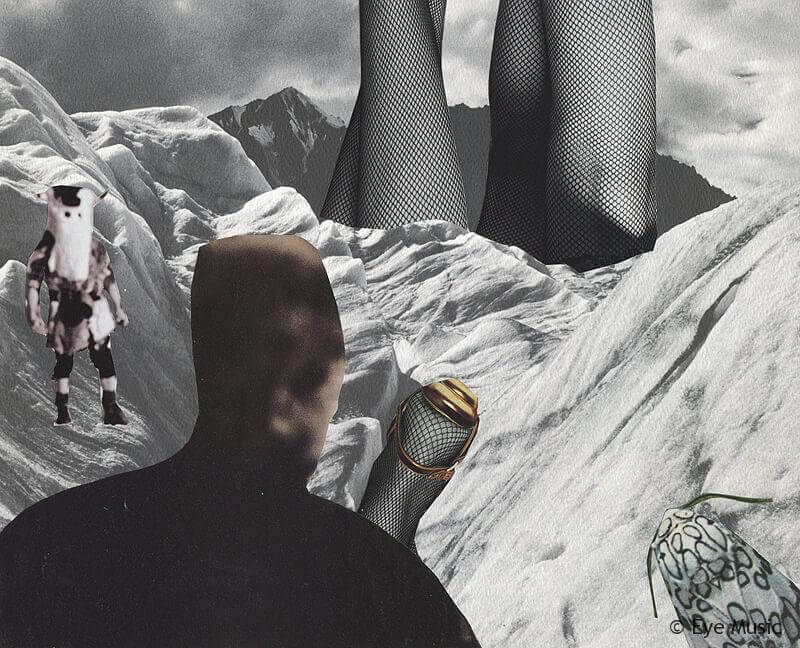 The Sin of Advertising

The Sin of Advertising.

Is it Surreal? or more real than what is usually being discussed?

Is playing on the evolutionary wiring of monkey-people for profit without regard to its social and health and satisfaction outcomes a “sin”? And if it is, is it a good basis for our economy (our “house”)?

See how hard it is not to look? At the legs or the golden shoes? Is it our modern extension of the tribal trappings?

And what does the Moth think? (Only thinking about getting its mandibles on the fishnet stockings?)

And does the attraction to certain imagery come from someplace dark and deep below the surface?

The advertisers seem to know. 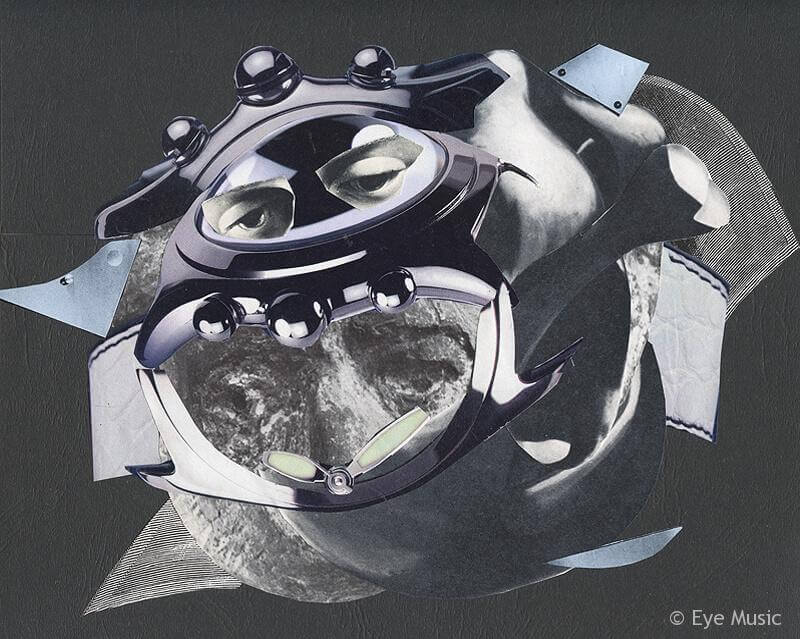 Again, this is something that emerged from the darkness.

What if on your wrist you had a device that let time live? What if it let the last 14 trillion years that have unfolded until now and until you be present as living time? And if it gave some existence to the present as alive? And if it had a face that sat on top and made room for the future? Then time would be quite alive on our wrists and in our lives.

It seems that our current reality about time is pretty flat and dead. Our clocks. Our calendars. The busy now without much past or future.

Yet time is fully alive and unfolding merrily.

Too bad it isn’t considered fully real. So we leave it to the SURrealists to give it a living presence. As a living object.

Henry Moore In the Dark

Not an explanation. An exploration.

Hopefully deepening what can be seen and appreciated in the specific art work. 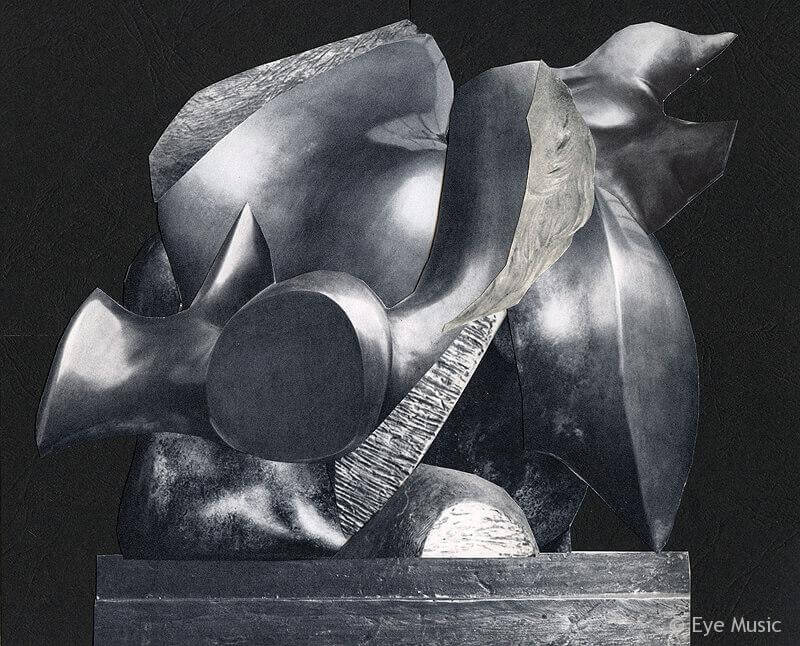 My “What Happens In the Dark” series came from an exploration of what would show up if I started a collage with an all black background. People often talk about staring at a white canvas. Well, what about a black one? What comes out of a black hole, or out of nothing — the seeming absence of color and form?

I found the images in the series to be dreamier. Free. More “popped forward” as if lit by an inner light relative to the dark background.

Which brings me to Henry Moore, Marilyn Monroe, and the dark.

What occurred to me was several things: Did Henry Moore dream sculpture? And if he did, what would be new there? Maybe he only dreamt his best works….

Since Henry Moore sculpted the essence of women, why not get specific and why not explore Marilyn Monroe?

In this “sculpture” by the “out of the black hole Henry Moore” being channeled through dreaming, “Marilyn’s” breasts and hair come out in new ways for Moore. Overall, the patina and lighting give it great life and presence for starting with black nothingness. And in my view, it communicates a solid and well-balanced sculpture even though its existence is given by cut scraps of paper over black paper.

It calls on the magic of the mind making substantial and symbolic interpretations of visual cues — and giving the background context of black holes and dreaming a voice in the matter.